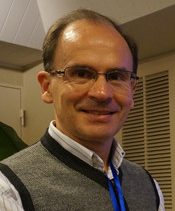 Jianhong Yang
Tianjin University, Renai College, Tianjin, CO 301636 China
Abstract—The markedness theory presupposed that the markedness status of PS/PPP necessitates the acquiring preference for the unmarked PPP in relation to its marked counterpart PS (i.e., PPP < PS). The experiment conducted is to identify the acquisitional sequence of PS/PPP in dative wh-question alternation by Chinese-speaking English learners. The 262 subjects chosen by stratified sampling in terms of their natural groups (i.e., universities, majors or grades) have been given the elicitation task composed of a dative wh-question formation. Acquisition data collected reveal categorically that the marked PS predicted to be easier to acquire occurs before its unmarked counterpart PPP. The experimental result, a clear violation of the prediction made by markedness hypothesis (the marked will be easier to acquire before its unmarked counterpart, i.e., [-marked] < [+marked]), is thoroughly consistent with the syntactically termed economy principle adopted in this study to account for an otherwise unexplained phenomenon from a markedness perspective. Of prime interest is that during learners attempt either preposition stranding or pied piping, they employ No-Prep. strategy (omitting the preposition at all). Accordingly, the acquisitional sequence in real time is: PS < No-Prep. < PPP. Chi-square test reveals that the difference between the acquisitional sequence and English proficiency level of subjects is significant, so is the difference between the acquisitional sequence and the structure of the stimulus sentences.
Index Terms—markedness theory, preposition stranding, dative Wh-question alternation, economy principle